A Day in the Life of Mike Lehman, Kitchen Tune-Up Franchise Owner

Mike Lehmann is no stranger to business ownership. After successfully starting, and eventually selling, another small business, Mike was looking for the next adventure. While visiting an out-of-town friend, he was amazed by the friend’s updated kitchen and learned it was refaced by Kitchen Tune-Up. He started looking into the brand and decided he wanted to bring 1-5 day kitchen updates to his neighbors in Columbus, Ohio.

Mike started in March 2018 and has not slowed down since. After starting off as a single-unit owner, he has since purchased two more contiguous territories and now runs an Executive 3 business model. While he does not currently have a retail space, he has a warehouse/woodshop to hold materials and receive shipments. He was lucky to bring on his Administrator from his previous company to help him manage the back-office work. He has several full-time and part-time installers and has added salespeople to help split up his territory to keep drive time down. As he continues to grow, he plans on bringing on more salespeople and then step back from the day-to-day and manage at a bigger level. 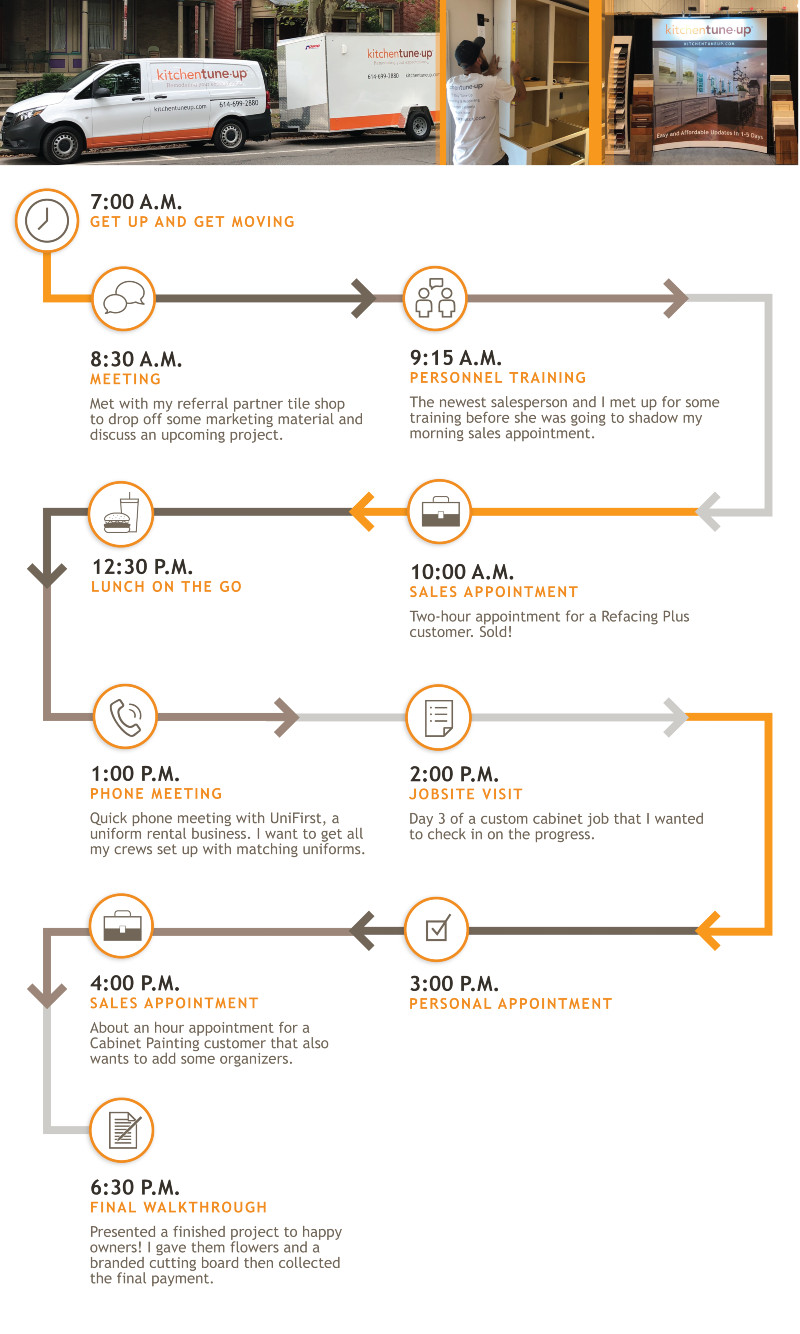