A Day in the Life of Cheryl Wojcickij, Kitchen Tune-Up Franchisee

Cheryl and Terry Wojcickij retired in March 2019 but grew restless quickly and by September 2019 they had officially purchased their Kitchen Tune-Up franchise in Port Huron, Michigan. They knew they wanted to buy a franchise, but they looked at dozens and dozens of opportunities and nothing clicked. That was until they were invited to do a Lunch and Learn with Kitchen Tune-Up’s President, Heidi Morrissey. In the first few minutes, they knew they had found the right fit and within two months they went from their introductory phone call to attending Training School. Since they moved so quickly, their official open date was not until a few months after training, while they wrapped up getting their Michigan license.

Terry spent 38 years in the automotive industry, which took them, and their 3 children, overseas to China and Thailand for over 7 years. Their original goal was to grow the business and sell or transfer to their son and daughter within 5 years, but now they see themselves in the business for at least 10 years before they decide what their next adventure will be.

Like most Kitchen Tune-Up franchisees, they ran the business out of their home, but they recently found some space that they will use as a warehouse, training center and meeting space until they are ready to have official signage and open as a full-time retail space.

On top of opening a retail space, future goals are focused on operating a successful business and being able to offer a full-range of benefits to their employees. They currently have a technician and installer and would like to add a salesperson as well as another technician and installer so they can have two full crews and complete 2 jobs a week.

Now that their children are grown, they enjoy camping around the Midwest in their state-of-the-art camper, cruising on Terry’s motorcycles, kayaking and fishing on their small lake and visiting their grandchild. 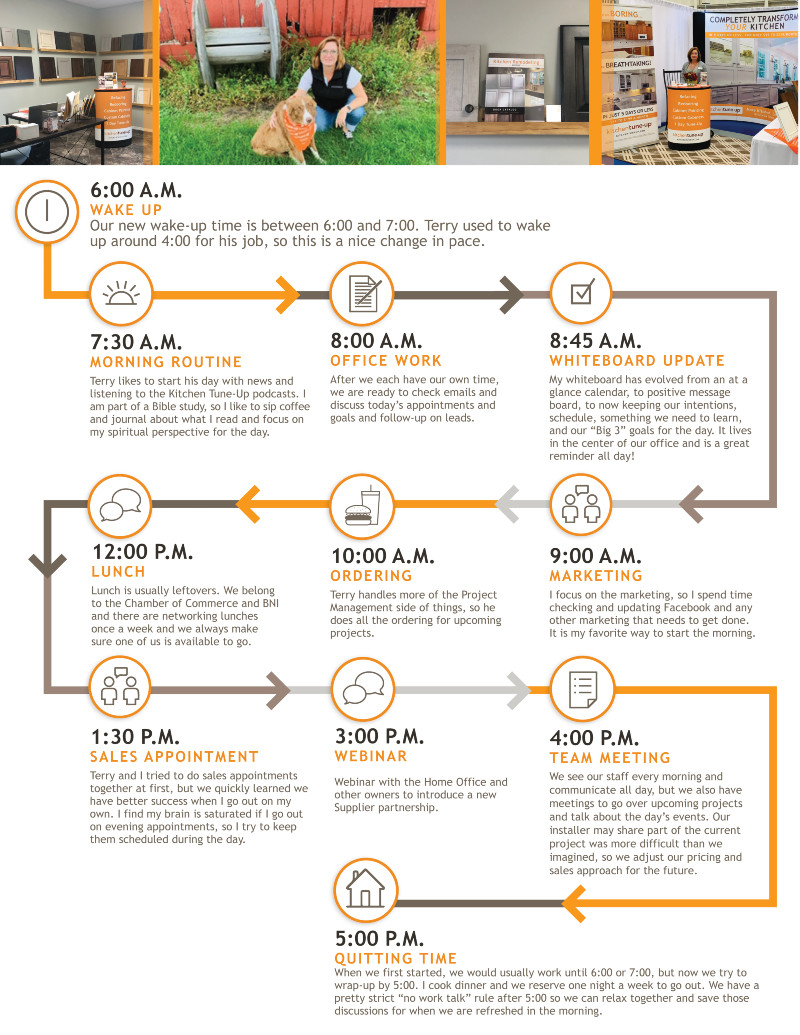